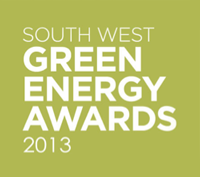 20 November 2013: North Sea Systems, based in Poole Dorset, have been shortlisted in the South West Green Energy Awards Best Business Innovation category, for their data collection and survey device called the DataFish®.

Organised by Regen SW, the South West Green Energy Awards recognise the increasing importance that renewable energy and energy efficiency play in providing solutions to the threat of climate change.  The awards are now in their 10th year. The winners will be announced at a glittering awards ceremony at the Bath Assembly Rooms, which takes place on 26 November 2013.

North Sea Systems was established in 2012 and developed the DataFish® to provide a robust and flexible method of collecting tidal data. There is an increasing demand within the marine energy industry for survey data, to aid the design of subsea infrastructure such as turbines. The DataFish® enables real-time collection of this data and can operate in very high tidal flow conditions.

Dave Rigg, Director of North Sea Systems, is delighted with the nomination “This means a great deal to the team at North Sea Systems, and is recognition for the hard work and commitment shown over the last 12 months in developing the DataFish®.”

Merlin Hyman, Chief Executive of Regen SW, said: “This year has been our most competitive ever, with more than 100 entries from across the south west. North Sea Systems has demonstrated that they are among the leaders in their sector and I congratulate them on their achievement. They are a prime example of the ground-breaking progress in renewable energy that we are currently witnessing – the commitment to renewables set out in our Renewable Energy Manifesto earlier this year, backed by MPs and local enterprise partnerships, is already showing results.”